The environment tag helper supports rendering different content depending on the asp.net core environment variables set. In this tutorial, we will look at this Tag Helper in more detail

The Environment Tag Helper is applied on <environment> HTML tag. It determines the current value of ASPNETCORE_ENVIRONMENT environment variable and renders the content based on the value.

By Convention three Environment variables are supported i.e Development, Staging and Production. But you can set to any string value as you like.

The Exclude tells the ASP.NET Core not to render the content if the current environment does match the Environment specified. i.e it will be rendered for all other environments except the one specified in the exclude list.

If both include & exclude is applied, then the exclude list is always honoured.

The Names attribute is similar to include attribute.

You can specify the Environment variable either from the Project Properties or via launchSettings.json

Open the Project Properties and select the debug tab

In the Environment variables section, select the ASPNETCORE_ENVIRONMENT variable and change the value. 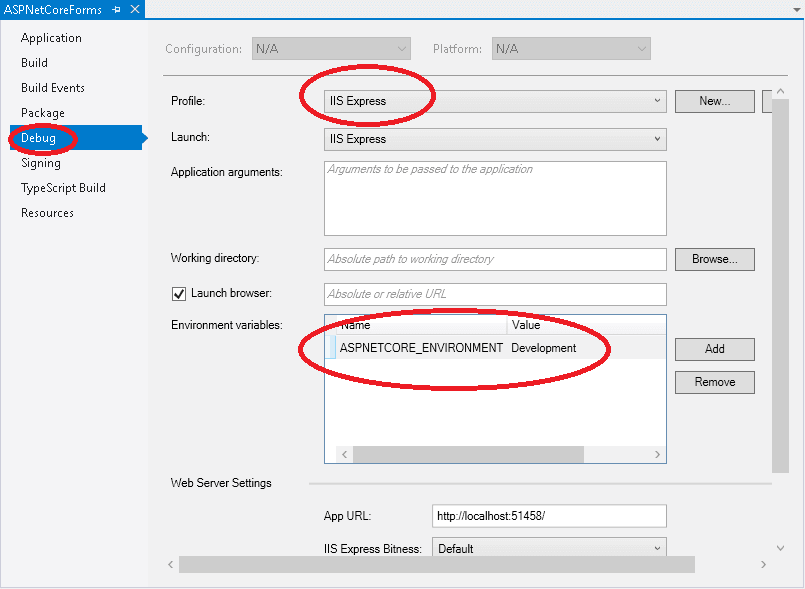 Another way to change the Environment variable is to use the launchSettings.Json as shown in the following image. 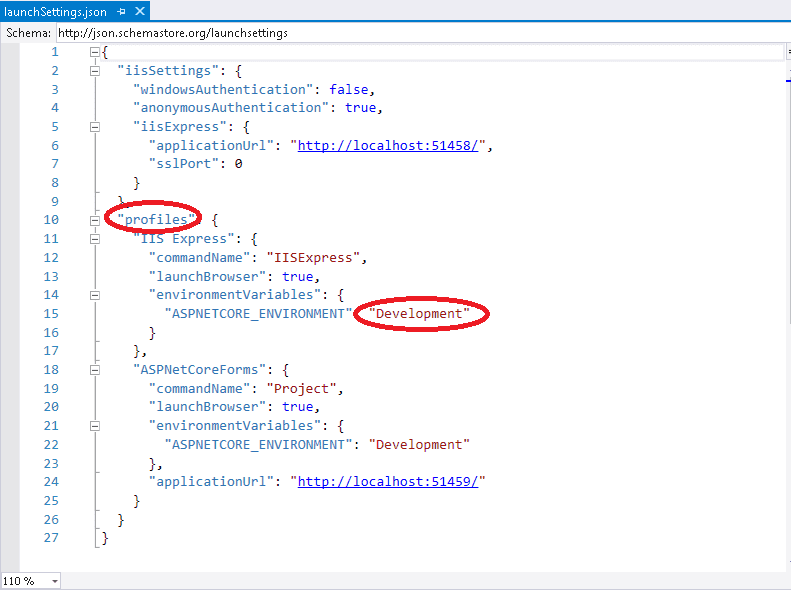 The following example loads the minified version of style.css in the all the environments except for Development environment.

If you use both include and exclude in the same Tag Helper,  then the exclude takes precedence.

In this tutorial, we learned how to use environment tag helper.